European cities that want to limit tourism after Covid-19

They’re some of our favourite places to visit but these iconic cities don’t want hordes of tourists back when travel resumes – unless you behave yourself.

Popular holiday destinations in Europe have struggled during the pandemic, with international tourists being kept away by strict travel rules.

However, some hot spots don’t want hordes of tourists back, even when usual travel resumes – unless you are very well-behaved.

Many of the popular tourist hot spots include Amsterdam, Prague, Barcelona and Venice, which have seen badly-behaved visitors as well as overtourism in recent years.

Hana Třeštíková, Prague’s Councillor for Tourism, said each of the cities met up to discuss how to go forward post-Covid.

“We met representatives from Amsterdam, Barcelona and Florence during the pandemic and all of us were thinking the same thing,” she said.

“Before Covid, over-tourism had become almost unbearable and Covid gave a pause to try to make some changes in what our cities represent, how we promote ourselves and how we must focus on quality of visits not quantity.”

They are keen to stress that they don’t want to deter holiday-makers, but to not want “low-quality” visitors who break the rules and give the destinations a bad reputation.

Instead, they want sustainable tourism, for those who want to visit the area for culture reasons, rather than anti-social reasons.

Here are some of the destinations who have already cracked down on bad tourists.

Amsterdam has already been cracking down on “badly-behaved” tourists, enforcing new restrictions on the red light district and popular cannabis cafes.

Other measures include more police especially at weekends who can issue fines for rule-breakers, as well as further restrictions on short-term rentals with a 30-day annual limit.

Temporary bans on booze, music speakers and laughing gas will also be enforced if crowds become too large.

“We do not want to go back to what we saw before the pandemic, where massive crowds in the Red-Light District and the city’s entertainment areas caused a nuisance to residents,” Amsterdam’s city hall said in a statement earlier this year.

“Visitors who respect Amsterdam and the people of Amsterdam have always been welcome and will, of course, remain so.

“Visitors who treat our residents and heritage with disrespect are not welcome. The message we have for them is: don’t come to Amsterdam.”

Amsterdam’s Deputy Mayor for Economic Affairs Victor Everhardt added: “We’re focusing on people who have interest in culture in the broadest sense of the word. We try to persuade them to visit all these other beautiful parts of the city.”

Prague has seen tourism boom in recent years, thanks to cheap flights and hotels.

The Czech capital, which once saw around two million visitors per year, hit highs of eight million in 2019.

Back in 2019, Prague Mayor Pavel Čižinský said, “Too many people are coming just for a very small number of purposes, and buildings, and those who want to make profits from the presence of the tourists worsen the situation.”

Ms Třeštíková said taking steps to deter “low-quality” visits would need to be done on a national level, which include restrictions on budget airline flight prices, as well as Airbnb’s and the cost of beer.

Beer bikes have already been banned in the middle of the city, with further calls to restrict cheap alcohol deals and pub crawls.

Venice recently announced new plans to curb over-tourism, which include charges for day visitors up to €10 ($A16.20).

Tourists visiting for the day will also have to pre-book, so the tiny city can manage numbers.

In recent years, Venice has cracked down on badly behaved tourists with strict fines.

Pre-Covid, a woman was fined $A426 for sunbathing in her bikini while two backpackers were fined $A1616 for making coffee on public steps.

Some of the party resorts in Spain, most popular with British tourists in particular, have clamped down on boozy breaks in a bid to clean up their reputation.

Javier Pascuet, director general of tourism for Calvia, previously told Sun Online that the pandemic restrictions are helping them enforce changes to the image of the party town.

“The normal Covid regulations will be in place for tourists visiting so in bars there will be a limit to the number of people allowed in,” he said.

“There will be no party boats, pub crawls or happy hours.

“That means all you can drink, offers like two-for-one drinks, there will be none of that. There will be areas of Magaluf you can’t drink so there will be quiet, family areas.”

While Barcelona is yet to battle the same levels of anti-social tourism, Xavier Marcé, Councillor for Tourism and Creative Industries, said they wanted to inspire tourists who visited for more than just the beach.

In response, they have created new bus routes to encourage visitors to visit other parts of the city – resulting in fewer crowds – as well as clamped down on short-term rentals.

Back in August 2020, Barcelona temporarily banned anyone from renting out a room in their house to tourists for less than 31 days, which has since been extended until next month.

The weird things Aussies have lost on their travels

Never take anything with you that you don’t mind losing. That was Mum’s advice to me on my first trip away from home.

Her dad used to often buy the lost luggage from the airport and Mum was aware of all the essentials people lost — and why a present from my grandad could be a bit sketchy at times.

So, we asked our readers what they’d lost on their travels. The responses included a tonne of sunglasses, the odd passport (eek), engagement rings and luggage. But some people lost some rather interesting things too.

Katherine lost her bikini bottoms swimming off Whitehaven Beach. Hopefully she wasn’t travelling alone. Do hail a friend and look like you’re drowning, or do you try and swim back to shore and make a run for your towel?

Daniel lost his dog’s beloved toy chicken on a road trip and now the poor puppy searches for it desperately FOR HOURS every time the suitcases come out.

One woman bemoaned the loss of a custom push up bra, which meant her entire holiday she went around flat-chested.

Another had her panties eaten by a moose in Canada (they were drying on a line).

On a trip to Melbourne, Queenslander Alysse lost her dignity after a trip to the loo ended with her growing a tail of toilet paper that flapped in the wind when she walked. Poor thing now cringes whenever Melbourne is mentioned, which given their many lockdowns, must be a lot.

While Roberto lost seven kilos (unintentionally) after a stomach bug saw him hospitalised in the Dominican Republic for three days, another complained of losing his waistline after too many hotel buffets.

Poor Renee lost one glove at the beginning of a trip to Iceland and had to keep giving her hands a turn of the beloved glove.

Others tell tales of how they lost their sanity, patience, sleep, their virginity (saucy) and even the odd husband.

And one poor sod lost their ‘adult’ toy and had to describe to hotel staff.

What the Ladies Said

We’re finally on our way to Vietnam for our long overdue ladies trip👏🥂. We’re visiting Hoi An first up.

It was a great day…

CCWTC Cocktail of the Month – Dark and Stormy 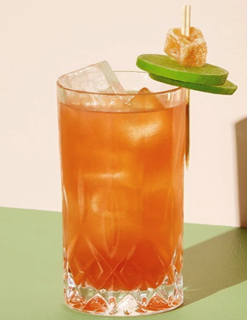 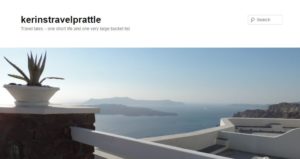